These Places Are Sure To Make You Freeze !!

Have you been to these places that are bone-chilling fearful? This list will give you a stroke of fear on knowing how scary are these places. The ultimate list of the Most Scariest Places in the World. 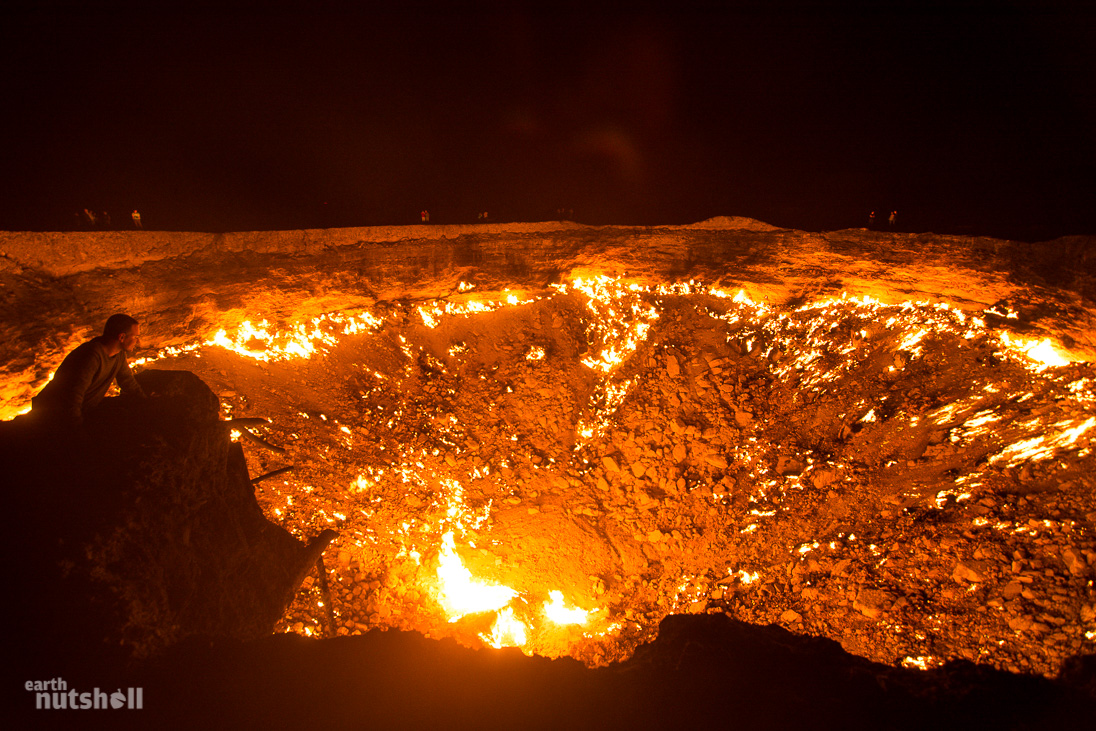 Source
This hell is situated in California around 7,500 miles away. Its situated in the middle of the Karakum Desert in Turkmenistan as the “Door to Hell”. There is a 230-foot wide scary crater that doesn’t stop burning as a result locals gave it the name “door to hell”.  Its located in Derweze, Turkmenistan which is a natural gas field that collapsed and went underground. This fire was put to burn by the geologist who wanted to stop spreading methane gas in the air and since 1971 it’s burning until now.

Source
Ohio itself make us feel scary and on knowing this place is situated in here called as Hell Town is going to be damn scary, isnt it?? This place goes abandoned unless Satanists are seen worshiping here. At the night a crying baby sound can be heard that is loud and scary and some even see the baby seated here at midnight. With the sound history, this place got named as crybaby bridges having haunted streets called as “The End of the World.”

Source
This island La Isla de la Munecas (The Island of the Dolls) is located on Lake Teshuilo in Xochimilco near Mexico City. The story behind this place being haunted is even more interesting. One day In 1920’s, three young girls were playing near the water, when one girl fell and drowned in the dark and gloomy waters. Since her death locals believe, the young girl spirit has never left the island. It soon got recognized as a haunted place at night fearing what they might see. In 1950’s, a man called Julian Santan Barrera moved with his young family and his wife to this island.  Julian claimed that a little girl began talking to him, so he asked her how she died? She told she was trapped on the island and needed his help for her soul to rescue. So, he began to get dolls for this little girl by selling off fruit and vegetables that he had grown on the island. Julian shared the incident with his nephew telling him that it was becoming difficult to please the young girl urge for these dolls. Soon after that day Julian’s body was found dead by his nephew and was placed at the same spot where the little girl drowned seventy years ago.Tourists who visit this island often complain that doll’s eyes following them. Others have also reported that the mutilated dolls whispered to them at night. Julian’s ghost still remains on the island, as well as the young girl.

Source
It’s not the crime scene of criminal case game but a real thing. It is called as the crimson waterfall of Taylor Glacier also know as “Blood Falls.” This is a terrifying natural wonder that can be captured in Antartica. About five million years ago, when the glacier sealed off a microbe-rich lake beneath it making it Isolate from light and oxygen the water became concentrated in terms of salt and iron content. Its three times saltier than ocean which protects it from getting freeze as water’s salinity level is extremely hight making it rich in iron which can be seen with its color.

5-The Hanging Coffins of Sagada, Philippines

Source
The Igorot tribe in the mountains of Luzon has been practicing a tradition of hanging coffins for about 2,000 years. They believed to bring elders closer to heaven but the real reason behind remain- “nobody wanted to be buried in the rain forest’s wet ground or get eaten by hungry animals.” This tradition of hanging the dead bodies is scary and life threatening to visit as they might get attacked by some ghost or invite death to themselves on paying a visit her. Hanging up dead bodies is a task so the locale has now discontinued this tradition. Source
It is one of the most beautiful hotels in the world but no one pays a visit, as it was being rumored about ghosts. It’s rumored that the spirits of many who died on the falls during the Spanish conquest of South America still haunt the mansion. It was initially a house that was transformed into a hotel but people believe that building is still cured as a result no visitor ever stayed their what could only happen there was death. When Bogota River below became so polluted, the place shut its doors in the 1990s. It sat abandoned, the site was blessed with news of suicides and reported hauntings until 2011 made it convert into a museum. 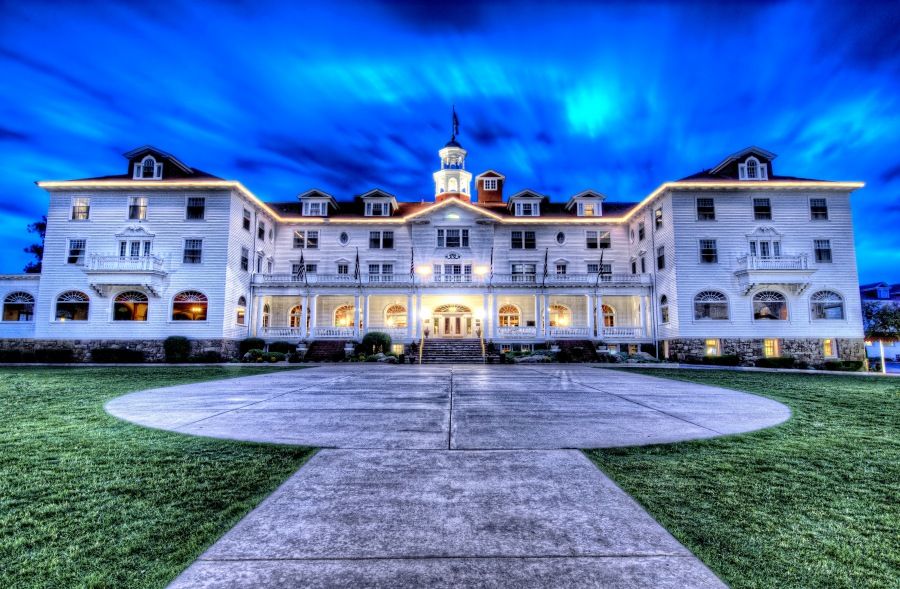 Source
Although this beautiful building looks appealing that invites attention has an ugly side too. What always looks beautiful doesn’t really end up being beautiful. Many residents have heard strange bumps at night, some have seen ghosts wandering its halls, and even have complained about their beds being made while they were sleeping in them. Isn’t that scary…

Source
Its tagged as Canada’s most haunted historic site.The “Halifax Citadel” has received hundreds of reports of ghost sightings over the years. Being situated at the summit of Citadel Hill in the town of Halifax, Nova Scotia. This star-shaped fort is 300 years old with the original foundations being built in 1749 and reconstructed in 1856.Many a times staff and visitors have reported several apparitions of the ghost walking on the grounds here. One particular visitor witnessed a soldier in uniform walking into the old prison area and getting vanished. Other ghostly figures that were witnessed include- an old man, a woman, a man in a red cloak, and an older lady who shows herself in mirrors. A little girl ghost follows the groups of members making them experience her presence by holding their hands. Many other reports include”disembodied voices, unexplained bangs, and knocks, mists captured on film and with the naked eye”. The feeling of being watched is a common complaint, a sudden feeling of nausea, sudden gusts of wind in closed-off rooms,  furniture moving, doors banging, and you won’t believe this -some people have been pushed by an unseen force. These things make it evident to believe their exist a mystery that made this place haunted and scary for a visitor.

Source
Plan your beach vacation elsewhere this year as the Kawah Injen volcano in Indonesia is terrifying and spectacular in itself. This volcano has a java peak which has abnormal amounts of sulfuric gases that reach temperatures of more than 1,000°F. The gases that seep through the cracks and when they come in contact with air makes it terrifying. The gases condense into liquid sulfur, which then takes on a shade of blue and flows down the volcano like lava. This beautiful lights can only be seen in the dark as Kawah Ijen’s sulfur burns at all hours. With the presence of this volcano, the air gets filled with sulfur dioxide making the adjacent crater lake turn its color to green as aresult of hydrochloric acid saturation.

10-The Dargavs (City of the Dead), Russia

Source
This looks like a beautiful place to live, isn’t it? But it’s like the Hotel California where you can check out anytime but you can never leave this place. This village has its own watchtower from where they look over the souls to not let them escape. Its situated in the middle of Russia, locals, and tourists don’t visit, and nobody’s been buried there since the 16th century but once you step in their is no going back. Scary isn’t it!!!

Tagsmost haunted places in the world most terrifying places on earth

6 Bollywood Movies You Can Watch While Travelling In a Bus

Bizarre things that you can actually buy online

11 Weird, Anti-Feminist Rules That Still Exist In India
Do You Know These Countries Across The Globe Where Holi Is Celebrated With Pomp And Show??
Comment